Whats in a name?

Posted on May 24, 2012 by NewWayConservatories 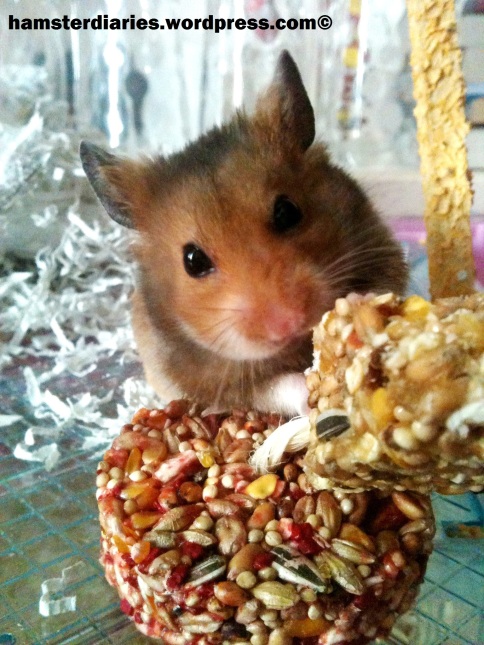 In my time of 6 hamsters over my childhood I had;
Ron, Harry, George, Charlie, Pip and Bean.
All were boys and Harry and Ron was the result of the Harry Potter craze.
More to the point, I remember each one and doubt I will ever forget them to be honest!

When naming Dexter, I was bombarded by all sorts of name suggestions (my personal favourite being from my Grandma who suggested ‘Buster‘ – confused the hamster with a dog perhaps?)

I was going through names in my own head and looking at his little face to see if he “suited” it.
Its funny how people sometimes say “Oh you look like a *insert your name here*.” as if our names are genetically determined by out looks?
Anyway, I came to the name Dexter and didn’t have to think twice. He looks like a Dexter to me and it stuck 🙂

So the next day, I whipped out a picture of the lil guy on my phone to my friends and said ‘Hes called Dexter, isnt he cute?!’ (Pretty sure that’s the standard way to declare a new pet to friends!)
Instead of the expected ripple of “aww’s” I got a giggle and “Does Dexter have his own laboratory?” … CURSE YOU CARTOON NETWORK!

So it got me thinking about what and why I had named my other pets the way I had.
Harry and Ron, as I already said, were down to the Harry Potter trend of the time, Charlie and George were also Harry-Potter-related names (one was a Weasley twin and the other was the Weasley’s long lost brother off hunting dragons.. or something like that), Pip was named so for he had a majorly fluffy bum and so looks like a giant apple pip and Bean was named as he was an albino (pronounced al-bean-o in my household), an all white specie with red eyes and so couldn’t help make a cheeky pun of it!

When I then thought about Dexter I thought of the US series ‘Dexter’. The dark TV show about a blood-spatter analyst working for the Miami police who turns into a serial killer on people he thinks have escaped justice – not exactly the image I was going for when naming my little Syrian hamster!
If you have seen this series (and I recommend you do as its ace) you will know that Dexter is strangely charming despite having a evil side that no-one else knew about. It is this strange ‘enchanting’ characteristic of Dexter that I like to think my Dexter may reflect in some way.

I suddenly realised I had spent a long time over-thinking and analysing the name of my little hamster. It was a cute name and it suited his face – what more should there be?

So here are my tips on naming a new pet (big or small):

Would love to hear how you came to name your pets?
Or even if you have a new pet and dont know what to name him or her, let me know! Comment 😀
Follow the blog – me and Dex appreciate all readers!

Squeak up folks! What do you think?? Cancel reply